After the big releases of iOS 9.1 and tvOS 9.0.1 jailbreak and participation in Black Hat Asia 2016, Pangu appears to be switching their gears to focus on their successive year of co-organizing the Mobile Security Conference (MOSEC) with the Korean hacker team Power of Community (POC) in Shanghai coming July. It is currently open for registration today until the event starts on the 1st of July. 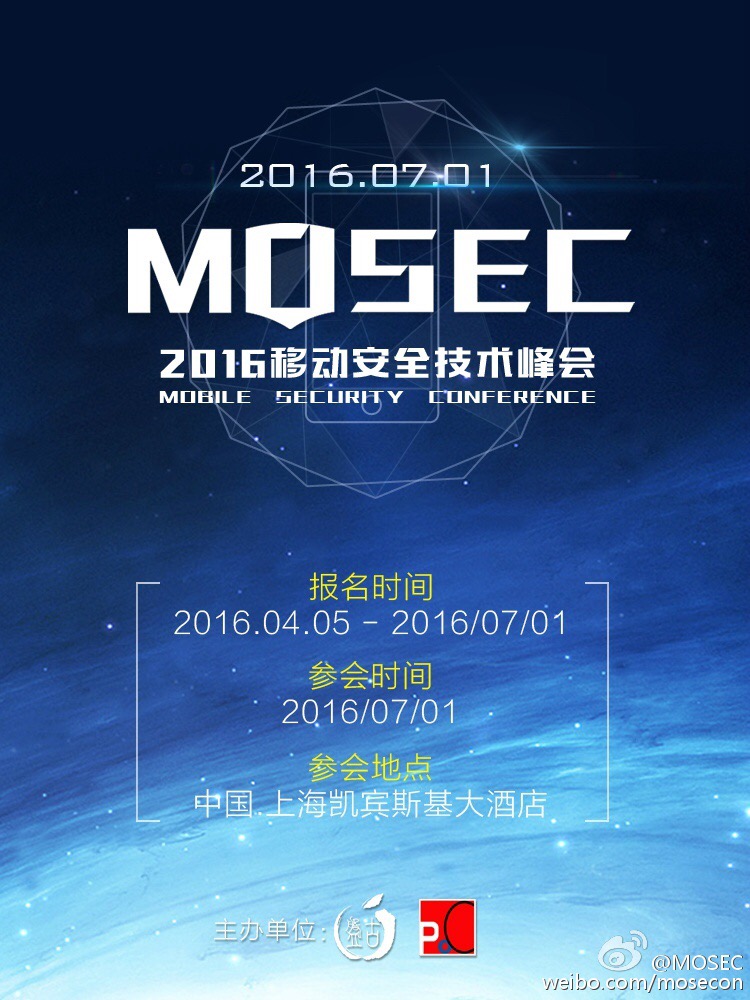 The event is still at very early stage and there has not been too many details on the speakers and scheduled topic. Stay tuned as we keep you posted if we know more. However right now, it is interesting to look at their some of their official sponsors and partners being announced at the moment that may hint a bit on what to expect from the conference.

The majority are pretty new at least to myself but some are really big names that you might have already heard of and even being associated with iOS jailbreaks. For instance:

Looking back at the same conference last year, there was a showcase of iOS 8.3 Jailbreak by the Pangu Team. A few weeks later, interesting, TaiG released the jailbreak for that version of firmware.

But right now, although it is a bit too early to talk about jailbreak showcase again in the conference as we have no idea on both the recent iOS 9.3 jailbreak rumors and what iOS version it will be by that time, do let me know what you would expect in the comments.