Trusted Chinese technology site cnBeta.com reported that iOS 8.3 is coming soon, according to a tweet from @limera1nJB on 14th May, 2015. And this news has been reblogged by multiple popular tech sites from Hong Kong already, including Yahoo and Sina.

But since then, there is no further response, details or proof on this statement or from which trusted source that this actually came from. So as usual, we are skeptical on this and not going to speculate anything further from there.

There have not been much trustworthy or encouraging news since iOS 8.1.2/8.2 beta jailbreak and lack of updates from either of the jailbreak teams from China. For instance, the website and announcement from the TaiG team has stopped since 27 March, 2015. 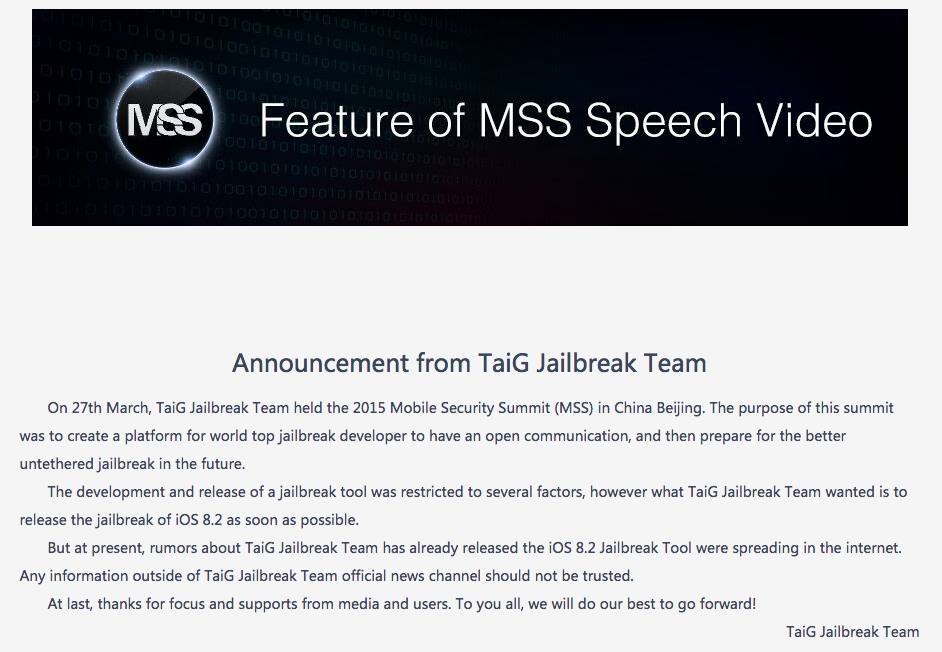 On the other side, the Pangu seems to be very busy in organizing their MOSEC conference happening early next month while they announced that all tickets have been sold out, and thanked all supporters a couple of days ago: 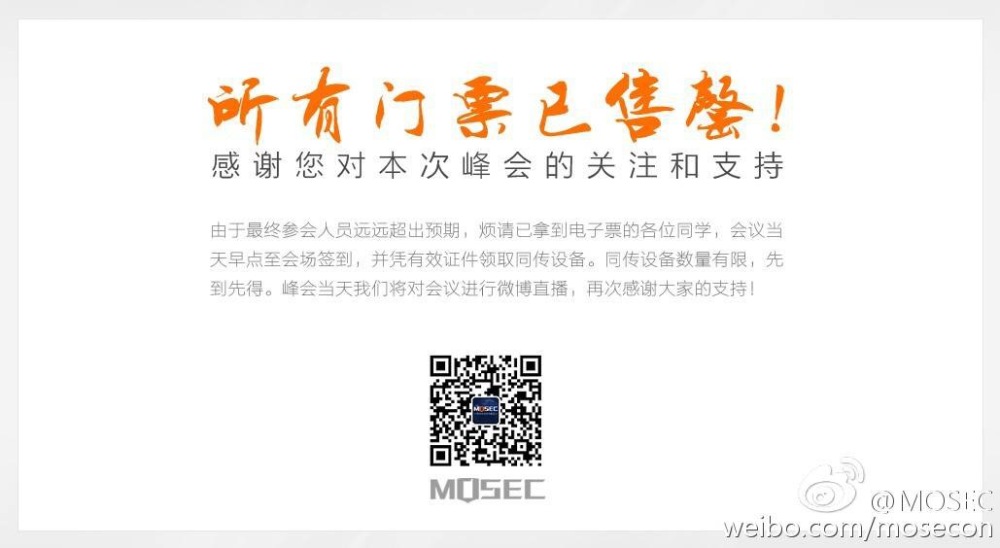 Yet, none of these were what the jailbreak users wanted to hear.

Nethertheless, the jailbreak community remains positive and confident in getting a jailbreak anytime soon, despite the fact that they have been having enough trolls throughout the previous few months. Remember a month’s time back the talented iOS hacker Stefan Esser (aka @i0nic) showed us iOS 8.4 could still be jailbreakable that definitely keeps the hope up, though he has no plan to release it at all.

The rationale behind optimism, in general logic, is that iOS 8.4 beta 3 has dropped in the previous week so that means the official firmware should be coming very soon; and that some believe iOS 8.3/8.4 jailbreak may come after the WWDC that Apple will most likely announce the big iOS 9 update.

So what is your take on this iOS 8.3 jailbreak rumor? Are you still optimistic on the future of jailbreaking? Let me know in the comments.