If you followed me on Twitter, you should have known that I attended the so-called “Experiencing the Galaxy S6/6Edge” in Hong Kong on last Thursday. The new Samsung phones are yet in the retail stores so this is the very few chances that we can try before we get them on shelves. The selling points of GS6/6 Edge that Samsung guys told us, are design and speed.

I was able to try out the S6 for a few minutes due to overwhelming registration to the event. So here are my preliminary impression on this new device.

Design
Frankly speaking, it looks great, and that’s it. If you are not a fan of their previous Galaxy S series designs, you may love the S6’s “new” design. It is basically the combination of iPhone 6 (the metallic frame, port cut-outs) and Sony Xperia Z3 (Glass back). Especially for the one I was able to try out – the Platinum Gold edition – really looks shiny and shimmering under light. The build quality is solid. The size is easy to hold. But I am definitely not a fan of such. The iPhone 6 definitely feels better in hand.

I did also have a look at the Edge as it was having a demo on Edge Color – which you can choose from 8 colors for 5 favorite contacts – where you will know exactly who is calling even your phone is being flipped over on the table. The Edge really looks better than I expect. The screen is 5.1 inch so the device is not so big, like the Note Edge, which really looks like a big piece of plastic toy. The S6 Edge looks more stylish indeed.

Quad HDDisplay
The Galaxy S6 features a 5.1″ Quad HD Super AMOLED display, with 577 ppi. The color reproduction is vibrant and the screen details are really sharp, too much that a pair of human eyes cannot distinguish how it is different from 326-400 ppi. I think the color is less saturated than its predecessors which I feel more comfortable in looking at it. It is by far the most responsive screen of Samsung phones that I have ever used or tried, including the S5 and first gen Edge. But overall speaking, it looks gorgeous with great performance that I can see Samsung put much effort on improving it to a level that comes close with iPhones.

Camera
The S6 has 16M pixel back shooter and 5M front facing FHD camera with F1.9 aperture. With a few demo shootouts it performs quite well in low light environment. The output image quality is quite good thanks to the resolution given. Of course the best feature is you can invoke the camera by double pressing the home button and it will launch within a second. That’s very impressive and handy if you take a lot of photos and snapshots every day with your smartphone. Nice to have indeed.

TouchWiz
As the Samsung representative said, the TouchWiz on these new phones is trimmed down to get the best user experience. Previous features that might slow down the speed of the OS like Air Gestures has been removed. Samsung wants to keep it as simple as possible. But still, TouchWiz still looks familiar to all users, with high level of customizations possible in the Settings panel. One additional note is that the OS plus “Bloatware” takes up only approximately 8-9GB of space. My feeling is, it is obviously less overwhelming that the TouchWiz I experienced on devices like the Note 3 and GS3-4. I can say Samsung is doing a good move for the sake of customer experience and really responded to issues that customer dislike in action. 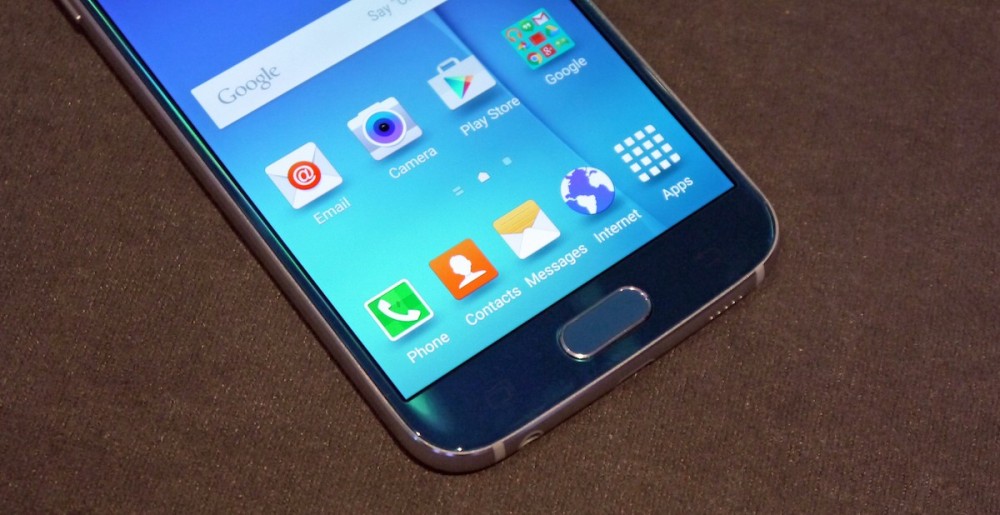 Hardware
Both new devices are equipped with Exynos 7420 Octa-core CPU with Quad-core 1.5 GHz Cortex-A53 & Quad-core 2.1 GHz Cortex-A57. They also come with 3GB of DDR4 rams that definitely keep up the speed of the device. With a light-weight TouchWiz, the device is really fast as per my testing. 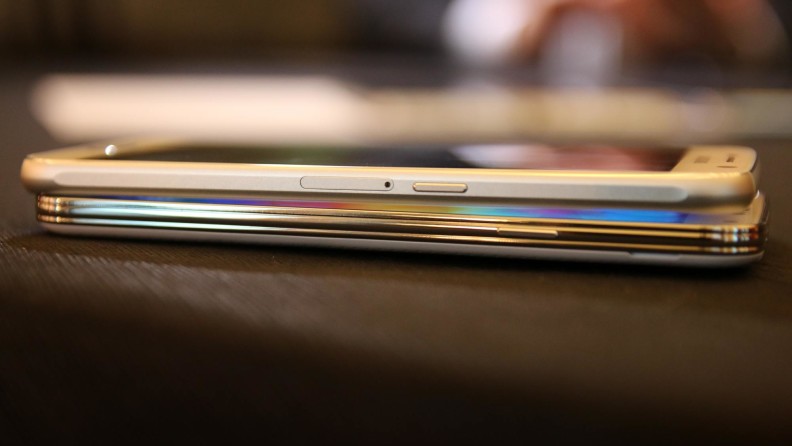 However, more importantly, to trade-off for a uni-body design, the back cover is non-removable and so for the battery. There is also no expandable SD card slot but Samsung offers you with 32/64/128GB storage size options. Also, the devices are not waterproof. So if you are a fan theses removed features, it will be wise for you a Galaxy S5 with a considerably reduced price.

Conclusion
Overall speaking, Samsung Galaxy S6 is a decent device which Samsung has put a number of effort to improve the design, spec and user experience. Yet, there are some previous flagship features being removed which is a complete drawback for some. I personally not a big fan of Samsung (as you have already known) and Galaxy series but I will do consider getting it if I have an older device like GS3 or GN2, if you just love TouchWiz and have good experience with Samsung phones. If not, there are a number of choices of new flagship devices from other brands that are actually on-par with GS6.

Here is my hands-on video with Samsung Galaxy S6 (Gold Platinum) taken with iPhone 6 during the small-scale Roadshow event in Hong Kong. I apologize for a little bit dark as the light on the first row had been turned off because of the live demo on G6 new features. But still, the device looks shiny enough and the screen is very bright and clear.